A Minimum Income Guarantee amidst Joblessness & Vulnerability: A Design for Income Transfers post-Covid 19 and beyond

A Minimum Income Guarantee amidst Joblessness & Vulnerability: A Design for Income Transfers post-Covid 19 and beyond 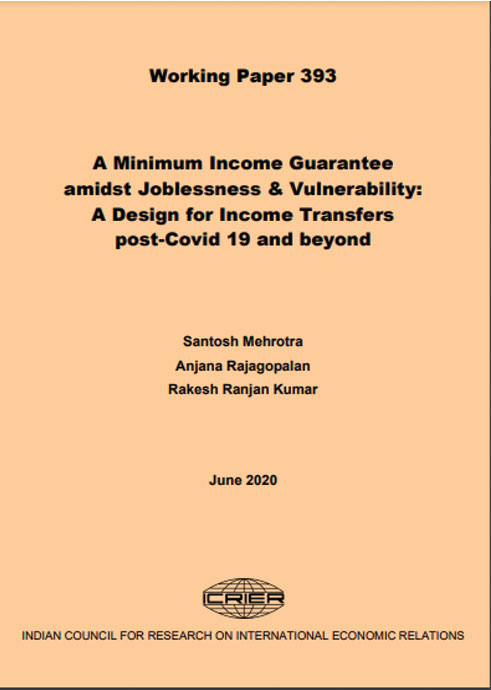 Amidst the bleak picture of increasing joblessness and indebtedness presented by the National Sample Survey’s employment surveys and debt surveys, a minimum standard of living for the nation’s poor seems to be under threat. In response to this, recent schemes inspired by the Universal Basic Income debates appeared to have been designed more for political considerations, and have glaring identification issues and have been exclusionary. Rather than adopting a quasi-UBI as suggested in the Economic Survey of 2017 and doing away with many existing developmental programmes, this paper makes a case for, and presents the design of, a much better method targeting of transfers as a supplement, keeping fiscal as well as labour-market outcomes in mind. The sudden exogenous shock of COVID19 to the incomes of the poor has made the case of a minimum income guarantee (MIG) for the poor more urgent. Had a MIG already been in place by early 2020, it would only have required a ramping up of the transfers to protect the incomes of the poor.