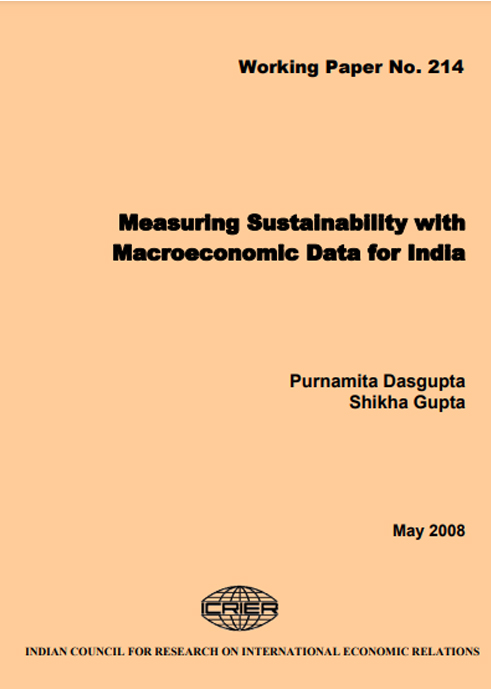 This paper investigates certain macro data on the Indian economy to draw inferences on the sustainability of the economic growth experienced over the last couple of decades. Interpreting sustainability in terms of the maintenance of different forms of capital to ensure that future consumption levels are at least as high as current levels, estimates of investment have been made using theoretically consistent models and data relevant to the Indian context. Subsequently, the paper investigates the extent to which the investment that has taken place over a thirty year period (from 1976-77 to 2004-05) has been aligned with the consumption path. Investment estimates are found to be a reliable indicator of sustainability of the future consumption path and average future consumption is likely to be higher than current consumption. The findings reveal that while capital formation in manufactured assets has been fuelling wealth accumulation in the economy, there has been a rise in the degradation of natural capital stocks. However, considering the aggregate picture, taking note of investment in human capital, produced capital and the depreciation of natural capital, there has been net wealth accumulation in the economy. Per capita wealth has been rising over the period, with a sharp rise observed from the mid 1990s onwards.