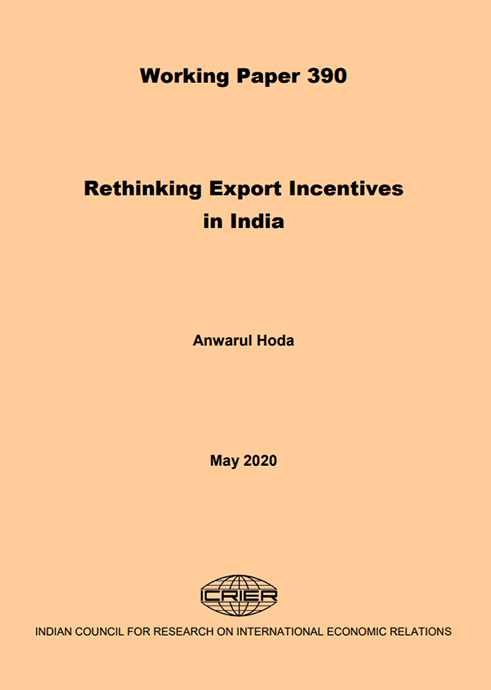 India’s graduation from the ranks of low-income countries, making it ineligible under the WTO rules to grant export subsidies on manufactures has thrown up a new policy challenge. In this context, this paper argues for the government to rethink its export incentives programme altogether and take alternative policy actions and adopt measures that restore or improve export competitiveness but do not constitute subsidies at all under the WTO Agreement. First, it should introduce a comprehensive scheme for refund of unrebated state and central taxes, taking full care to stay within the parameters laid down in Annex II of the Agreement on Subsidies and Countervailing Measures. Secondly, it should undertake a mini – liberalising initiative to reduce import tariffs on capital goods to about half of the current level and make commensurate reductions in the tariffs of intermediate goods used in the production of capital goods. Thirdly, and most importantly, it should intensify the programmes underway to rapidly improve transport infrastructure, logistics and trade facilitation. The panel report in the dispute raised by the US in the WTO has gone against India but India has lodged an appeal. Since the Appellate Body has become dysfunctional the panel report will remain blocked indefinitely. Eventually India may have to take steps towards compliance or else it will face the threat of retaliation from the US. But it could and should argue for the US to agree on a staged compliance in view of the structural and fundamental nature of policy change recommended by the panel.