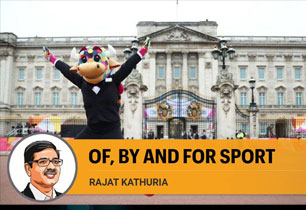 As the strong Indian contingent for the Commonwealth Games (CWG) serially lands, sport by sport, player by player, in the UK, they carry the immense expectations of a medal-starved nation. The expectations are not misplaced because Indian sport is beginning to come of age. Competition in the CWG is limited and that augments hope. However, we still have a long way to go to becoming an Olympic powerhouse that China has turned out to be. Even in the Commonwealth (CW), while India is good, its performance is a pale shadow of China’s in the Olympics. What is unmistakable, though, is that economic growth in the case of China was strongly correlated with their sports performance. If we were to draw a parallel between India’s economic growth and performance, as one of the fastest growing economies in the CW, if not the world, one could expect that we might crown ourselves in glory soon enough.