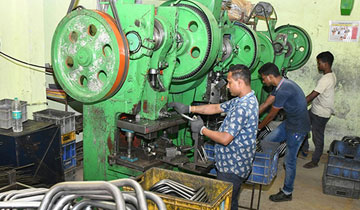 Financing is a perennial challenge for Micro Small and Medium Enterprises (MSMEs) across the world, more so in developing nations.

According to the International Finance Corporation (IFC), almost 65 million firms, or 40 per cent of formal MSMEs in developing countries have unmet financing needs that amounts to $5.2 trillion annually, equivalent to 1.4 times of the global MSME lending. Including informal enterprises can increase these numbers substantially.

The UK Sinha Committee constituted by the Reserve Bank of India estimated the credit gap for MSMEs in India to range between $267 and $334 billion in 2019. The gap remains despite several measures taken by the government to strengthen formal channels of financing. In December 2021, the share of bank credit to MSMEs was a meagre 13 per cent.

In the wake of the pandemic, the government introduced a slew of measures to keep Indian MSMEs afloat. Additional loans, equity infusion, credit guarantees, etc. supported them on crutches of short-term financial relief. Thrown at the deep end, some sank, but many MSMEs learnt to swim.