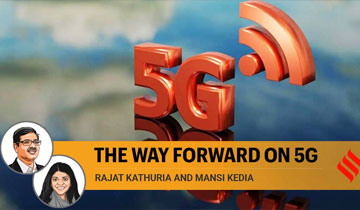 In January, “telecom neutrals” among others heaved a collective sigh of relief when the government, driven to the edge of the precipice, announced a rescue package that allowed breathing space for some telecom companies (telcos). Vodafone Idea (Vi) got a respite in the form of government equity against spectrum and licensee fee dues. Airtel breathed easy on account of easier and longer payment terms, while Jio and BSNL were largely unaffected for opposite reasons. For Jio, the dues were an insignificant share of their expanding balance sheet while for BSNL the toll was only on paper. BSNL has largely become redundant to the narrative of preserving competition in the sector, the chief inspiration for the rescue package. Imagine, to borrow from John Lennon, if there was no Vi, subscribers would be at the mercy of a virtual duopoly. Not a pretty sight when just a few years ago we boasted of a hypercompetitive market with the lowest tariff in the world when the dominant narrative was the need for consolidation.