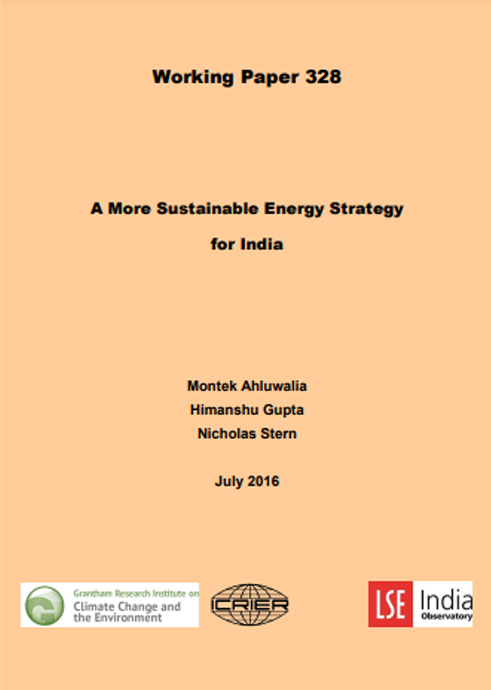 We are very grateful for the support of our current and previous institutions. We would also like to pay tribute to the pioneering work of Sir David Mackay who sadly died in April 2016. He originated the “calculator” when he was Clinical Scientist at the Department for Energy and Climate Change in the UK. This was a forerunner of the IESS, which was developed in the Indian Planning Commission in 2013 and was update by the successor institution, the
NITI Aayog, which replaced the Planning Commission in 2014. We would like to thank our colleagues in our host institutions for constructive guidance and discussions, and also the participants of an ICRIER seminar in Delhi, in early February 2016 for helpful comments. Special thanks are due to Patrick Curran for outstanding research support. The Grantham Research Institute at LSE receives funding from The Grantham Foundation and the UK
ESRC.