An Analysis of Nepal’s Transit through India

An Analysis of Nepal’s Transit through India 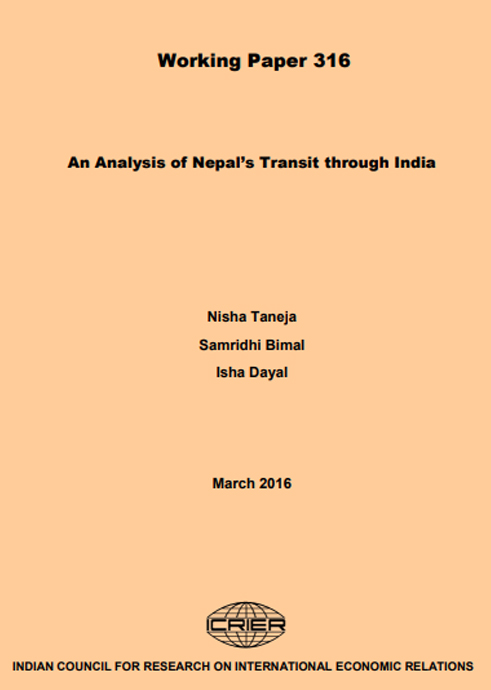 Nepal, a landlocked country, relies on transit access from neighbouring countries to participate in international trade. For Nepal, the nearest sea-port is that of Kolkata in India and the transit arrangements between the two countries are governed by two main legal instruments: India-Nepal Treaty of Trade and Transit and the India-Nepal Rail Services Agreement. However, there are a large number of inadequacies in the prevailing India-Nepal
transit treaty encompassing issues with regard to documentation requirements, transhipment procedures, sensitive items, arbitrary bank guarantees, and poor infrastructure The study undertakes a detailed review of the transit treaties and the existing procedures with a view to identifying documentation and procedural impediments, infrastructure constraints and other non-physical barriers. In particular the current transhipment modality has been
examined and bottlenecks related to the procedure have been identified. The relevance of WTO Trade Facilitation Agreement (TFA) has also been discussed in the context of Nepal’s transit. Recommendations for improving transit by road and rail have been made to streamline India-Nepal transit and revise the prevailing treaties as per international standards.