An Assessment of Inflation Modelling in India

An Assessment of Inflation Modelling in India 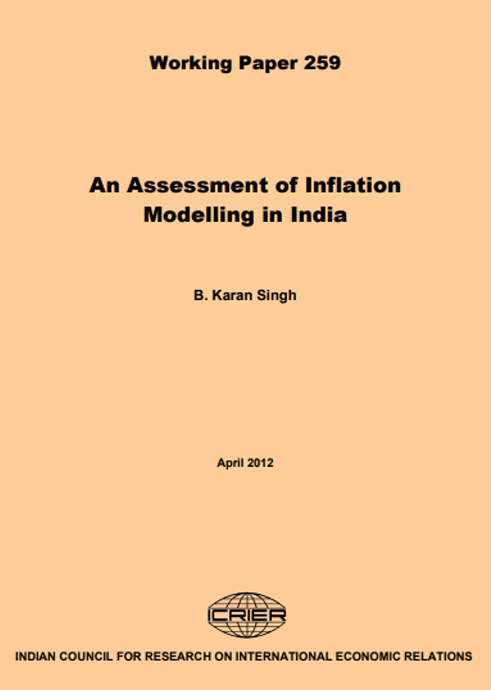 This study analyses India’s inflation using the Phillips curve theory. To estimate an open-economy Phillips curve, we need three variables: (1) inflation (2) the output gap and (3) the real effective exchange rate. In India, the incorrect measurement of variables causes much difficulty in estimating the Phillips curve. The study by Singh, B.K. et al (2011) found that the Phillips curve existed, after addressing the issues related to measuring the variables. They suggested that the composite consumer price index (CCPI) was the best measure of inflation, and should be used to construct the real effective exchange rate in India. In measuring the output gap, the paper found that the Kalman filter estimates of the output gap capture all the dynamics of the Indian economy. This study constructs the variables, using a method similar to that followed by Singh, B.K. et al (2011). During the period 2008 to 2011, a combination of adverse supply shocks and overheating of economy resulted in an inflationary situation