Can Asset Reconstruction Companies (ARCs) be Part Solution to the Indian Debt Problem?

Can Asset Reconstruction Companies (ARCs) be Part Solution to the Indian Debt Problem? 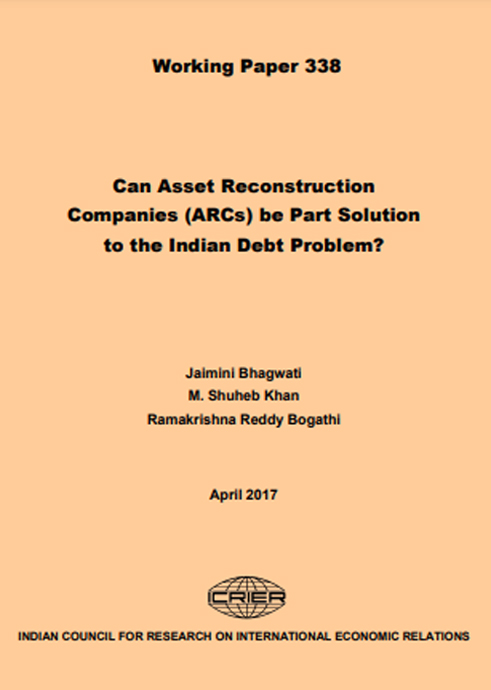 The Indian debt overhang issue is one of the major reasons that fresh investments are currently not being made in the scale required to promote higher growth and boost employment. Among banks the public sector banks (PSBs) are burdened with the bulk of net non-performing loans (NNPAs). These NNPAs are concentrated in long gestation projects, for example, in the steel, power and infrastructure sectors and most of the lending was to about 50 major borrowers. This paper details the approaches of other countries when their banking sectors were burdened with unsustainable levels of impaired assets. The paper examines the bad debt situation in India, the circumstances under which Asset Reconstruction Companies were registered and the changing regulatory requirements under which they have been operating in India. Till now, the extent to which ARCs have helped towards resolving the debt problem has been limited. Given that fixed costs in setting up ARCs have already been incurred this paper suggests how ARCs could play a catalytic and more significant role in addressing the debt overhang. The paper does not discuss the causal origins of Indian bad debt in any detail and is not intended to suggest comprehensive remedies to this debt problem.