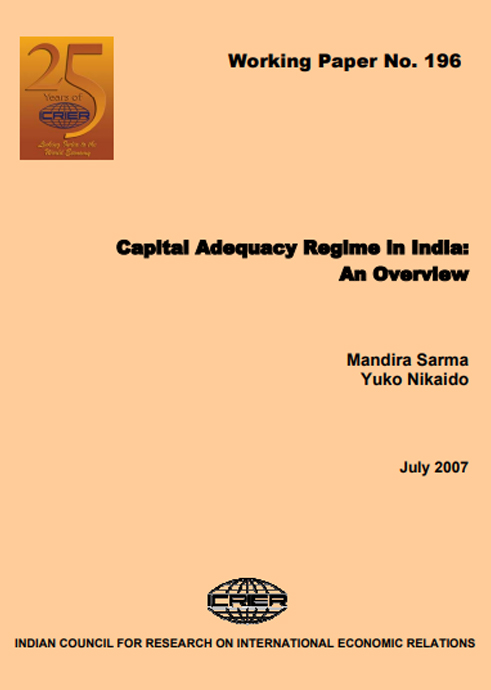 In this paper we present an analytical review of the capital adequacy regime and the present state of capital to risk-weighted asset ratio (CRAR) of the banking sector in India. In the current regime of Basel I, Indian banking system is performing reasonably well, with an average CRAR of about 12 per cent, which is higher than the internationally
accepted level of 8 per cent as well as India’s own minimum regulatory requirement of 9 per cent. As the revised capital adequacy norms, Basel II, are being implemented from March 2008, several issues emerge. We examine these issues from the Indian perspective.