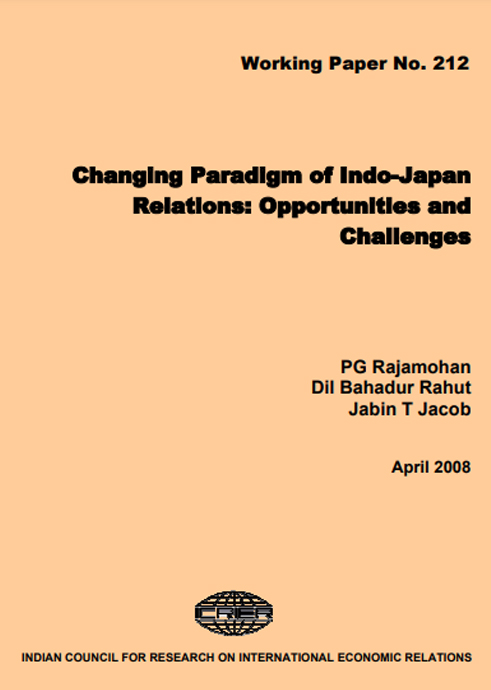 India’s growing economic strength in recent years has seen it adapting its foreign policy to increase its global influence and status and to meet the challenges of the 21st century. In the past few years, New Delhi has expanded its strategic vision, most noticeably in Asia, and has broadened the definition of its security interests. As a result, India-Japan relations have undergone a paradigmatic shift which has seen an attempt to build a strategic and global partnership between the two countries. India and Japan share a special relationship as fellow democracies without hegemonic interests and with a similar propensity to seek peaceful resolution of conflicts and greater economic engagement in the Asian continent. This paper puts forward the argument that while there are certainly problems of communication and distance between the two countries, the changing international order – including most notably, the rise of China – will see the two countries increasingly thrown together on a variety of issues, some of which have been identified in the present work. Current and future economic and population dynamics in both the countries mean that India-Japan relations will continue to improve not just politically but also in economic terms.