Current Negotiations on Domestic Subsidies in Agriculture: Implications for India

Current Negotiations on Domestic Subsidies in Agriculture: Implications for India 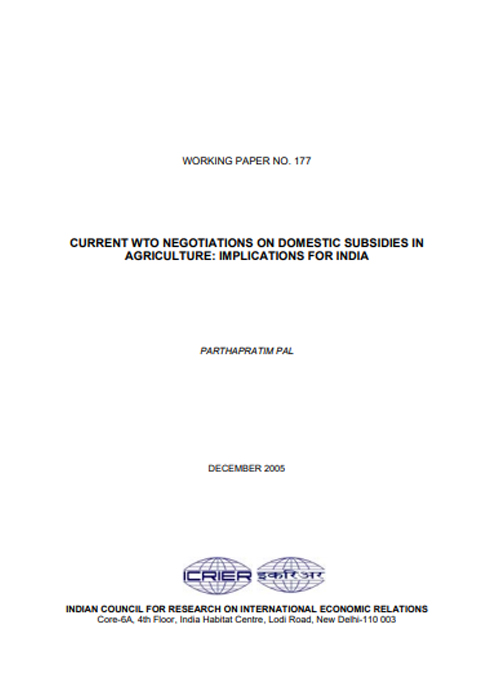 In the Doha Development Round of trade talks, agriculture has emerged as one of the most important issues for negotiations. Developing countries are particularly concerned about the widespread use of domestic farm subsidies by developed countries. Estimates suggest that domestic farm support in developed countries amounts to about 300 billion US dollars. Such huge subsidies not only create distortion in the domestic markets of these countries, they also distort trade by artificially influencing commodity prices.