Demonetisation – A Golden Opportunity for Widening the Taxpayer Base

Demonetisation – A Golden Opportunity for Widening the Taxpayer Base 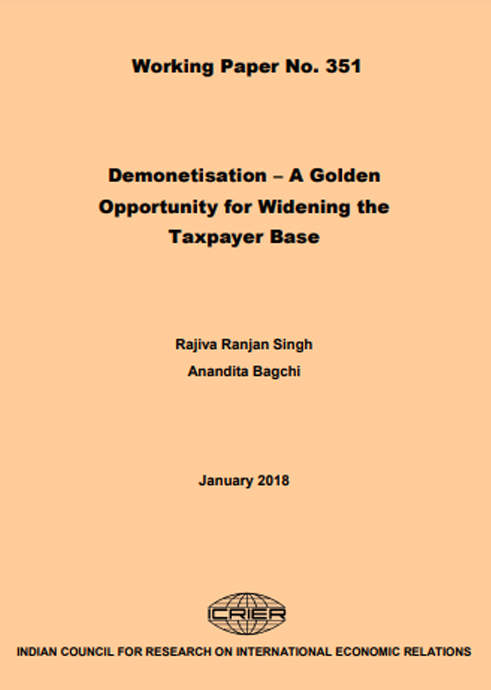 The demonetisation exercise announced by the PM on November 8, 2016, aimed to tackle the problems of black money, fake currency, corruption, and terror funding. With time, more targets were added such as the creation of a cashless economy, curbing real estate prices, and broadening the taxpayer base. Although black money cannot be wiped out in a single stroke the shock effect of demonetisation clearly conveyed the Government’s determination to tackle the problem upfront. In the past, too, Governments have provided opportunities to citizens to
disclose unaccounted incomes in return for pardons. Indeed, similar efforts to demonetise high value currency, aimed at the black economy were made in 1946 and 1978 but met with little success. The demonetisation of 2016 is expected to yield better results since there is almost 100% banking coverage; the introduction of a taxpayer identification number (PAN) and a citizen identification number (Aadhaar); more digital transactions, extensive computerisation in the banking sector and in government departments, especially the Income Tax department.
The latter is equipped with the latest hardware and software and supported by competent officers. The authors acknowledge the stress that this sudden move put on the common man. The RBI’s Annual Report 2017, showed that 99 percent of the demonetised currency had found its way back to the banks suggesting first, that most black money in the Indian economy is not held as cash, and secondly, that the Income Tax department now has a large amount of financial database.