Design of Incentives in Community based Health Insurance Schemes

Design of Incentives in Community based Health Insurance Schemes 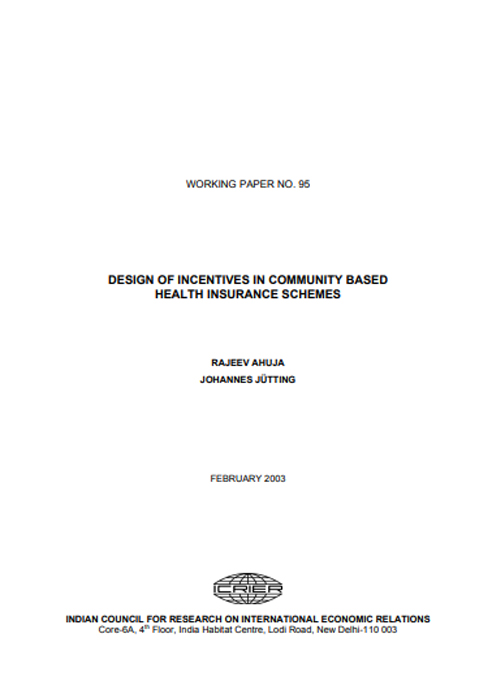 Health is increasingly being viewed not only as an “end” in itself but also as a crucial “input” into the development process. Indeed a positive link between health and economic growth is widely established, particularly for low-income countries. As these countries embrace market reforms as well as integrate themselves with the world economy, there is a concern about insulating the poor from any possible adverse consequences. While the role of state is on the retreat in most economic spheres, in social sectors such as health state’s role will continue to be important.