Destruction or Polarization: Estimating the Impact of Technology on Jobs in Indian Manufacturing

Destruction or Polarization: Estimating the Impact of Technology on Jobs in Indian Manufacturing 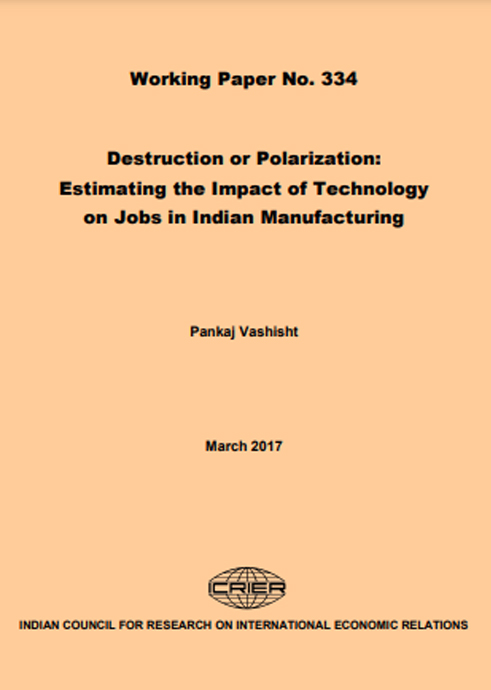 Technological progress has been the single most important driver of economic growth in the modern history of mankind. Over the years, technological innovations have brought colossal benefits. They have increased labour productivity and raised standards of living across the globe. However, all major technological innovations, starting from the great Industrial Revolution have also coincided with a fear of technological unemployment and a significant churning in labour markets. The current wave of information- and communication-based technological progress is no exception. The advancement of digital technology and consequent increase in automation has once again instilled the fear of mass unemployment. It has been argued that if digital innovations continue at the current pace, machines, in the near future, will be able to substitute labour in most economic activities, leading to a workless world (Rifkin 1995). However, these predictions have come from public activists and not from accredited researchers. Economists have tried to dispel these concerns. Citing the standard compensation theory1
, researchers have argued that there are many compensation mechanisms which, in the long run, can counterbalance the initial negative impact of laboursaving technological changes (Vivarelli 2012). For example, technology may reduce the demand for labour in traditional industries; however, it simultaneously increases the demand for labour in new industries that emerge from technological innovations.