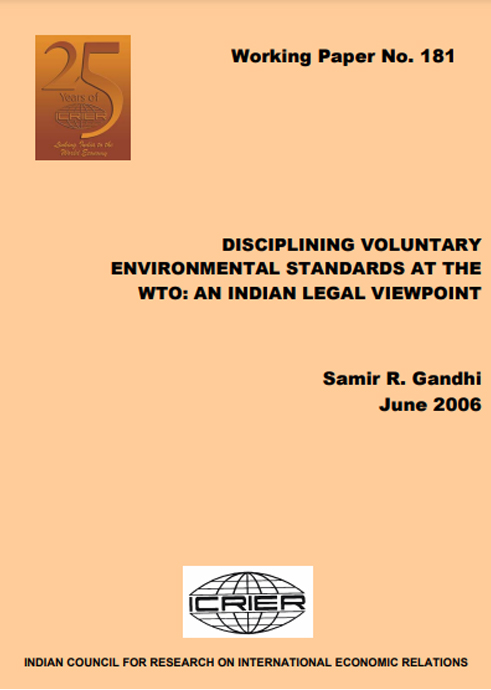 Environmental product standards are viewed by several developing countries, including India, as potentially discriminatory, trade restrictive and as non-tariff measures that deny access to important markets. The WTO legal instruments discipline the use of such standards by Member Countries. The GATT-WTO dispute settlement mechanism
has in the past been asked to adjudicate directly or indirectly upon the validity of several such environmental requirements, including: the eco-labelling of products; use of turtlefriendly fishing nets; etc. However, the steady proliferation of voluntary environmental requirements that are formulated and administered by non-governmental organizations (NGO Standards) and adopted by several manufacturers and industry groups as de facto
product standards, has become a cause for concern for many Indian exporters. Several submissions made by India to the WTO Committee on Trade and Environment (CTE) have highlighted the problems faced by Indian manufacturers when confronted with voluntary environmental standards, particularly ‘eco-labels.