Dispute settlement understanding of the WTO: Need for Improvement and clarification

Dispute settlement understanding of the WTO: Need for Improvement and clarification 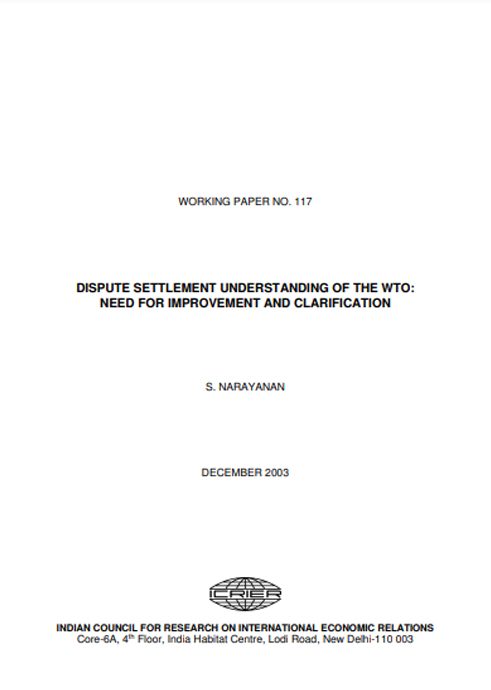 At the time of adoption of the WTO Agreement in 1994 at Marrakesh, the view was widely shared that the establishment of an effective mechanism for resolving disputes through the Dispute Settlement Mechanism (DSU) would make a significant contribution to the strengthening of the multilateral trading system. Experience with the working of the DSU during the last eight years has turned to be highly satisfactory on the whole. However, while no fundamental flaws have been found, on several aspects members have felt the need for adjustments in the procedures. It was in this context that the Ministries agreed to the negotiations in the new round on improvements and clarifications of the DSU.