Environment and Labour on the Trade Agenda: Lessons for India from the TPP Agreement

Environment and Labour on the Trade Agenda: Lessons for India from the TPP Agreement 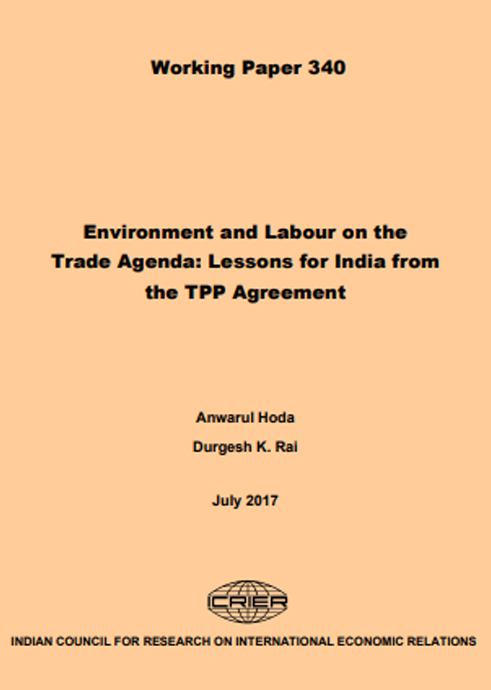 This paper undertakes an evaluation of the Labour and Environment chapters of the TPP Agreement, with a view to determining India’s stand if the same or similar provisions are proposed in multilateral, plurilateral or bilateral agreements in future. Analysis in the paper shows that if TPP like provisions are incorporated in multilateral trade agreements, for India there would be only a small area of vulnerability to countermeasures arising from our labour laws and none due to the laws on the environment. The paper does not recommend a change in our stance on keeping environment and labour out of multilateral trade agreements as the current multilateral trade compact, as embodied in the WTO Agreement, does not permit linkage between trade in goods and services with labour and environment and there is no advantage to be gained by developing countries by a move to alter the position. On the other hand, if India accepts the proposition there is the unwelcome prospect of countermeasures being applied against the country’s trade and economic interest. The paper, however, recommends that in bilateral negotiations, if the emerging bilateral agreements respond strongly to India’s economic interest, there would be no harm in India having an open mind for discussing the inclusion of provisions on the lines of the TPP Agreement with all the safeguards. In fact, India could seek additional safeguards to plug the few chinks that remain in our armour against countermeasures.