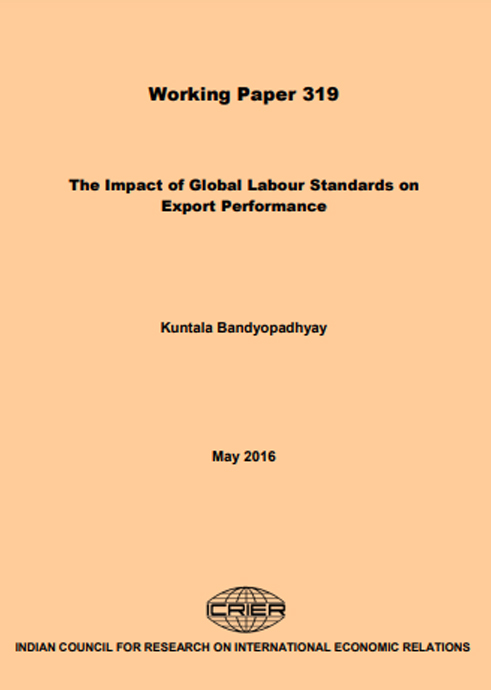 Trade and transport facilitation are vital for increasing countries’ international trade and it is important to ensure that the measures implemented to facilitate trade are effective. One of the crucial factors behind the successful implementation of trade and transport facilitation is ensuring effective co-ordination among the various government agencies as well as private players involved in trading goods. The disjointed activities of the large number of players
involved in cross-border trade can be effectively coordinated at a centralized level by a national level trade facilitation body. The current paper assesses various nuances of national trade facilitation bodies; with the aim
of prescribing a way forward for establishing such a body in India. Guidelines for India’s NTFC have been drawn from recommended guidelines by UN agencies as well as by using lessons from case studies of existing NTFCs.
It is recommended that the body be a joint ‘Trade and Transport Facilitation Committee’. This committee could have both regulatory and advisory functions, and be empowered to implement facilitation measures. The chairmanship could be shared between the Ministry of Commerce and the customs department. The members should comprise representatives of all public and private sector organizations involved in trade and transport. Other factors shown
to drive the success of NTFCs that should also be incorporated, include linking the committee’s work program to government and business priorities, creating an effective review mechanism, ensuring adequate funding, making the terms of reference flexible and giving the committee legal status.