Explaining the contractualisation of India’s workforce

Explaining the contractualisation of India’s workforce 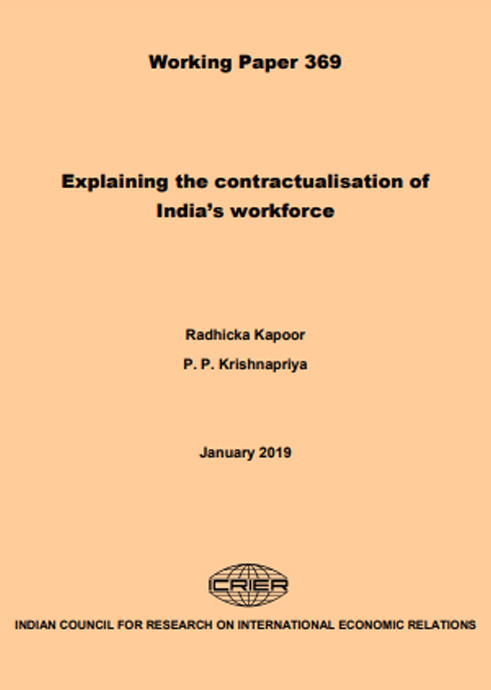 The employment structure of India’s organised manufacturing sector has undergone substantial changes over the last
decade with a steep rise in the use of contract workers in place of directly hired workers. Much of the existing literature has attributed the widespread use of contract labour to India’s rigid employment protection legislation. Using plant level data from the Annual Survey of Industries, we find that in addition to labour market rigidities and the existence of a wage differential between contract and directly hired workers, firms in the
organised manufacturing sector have another important incentive to hire contract workers. Firms appear to be using contract workers to their strategic advantage against unionized directly hired workers to keep their bargaining power and wage demand in check. Importantly, the strength of this bargaining channel varies across firms depending on their capital intensity of production, size and existing contract worker intensity.