Export incentives in brazil and korea within the wto framework

Export incentives in brazil and korea within the wto framework 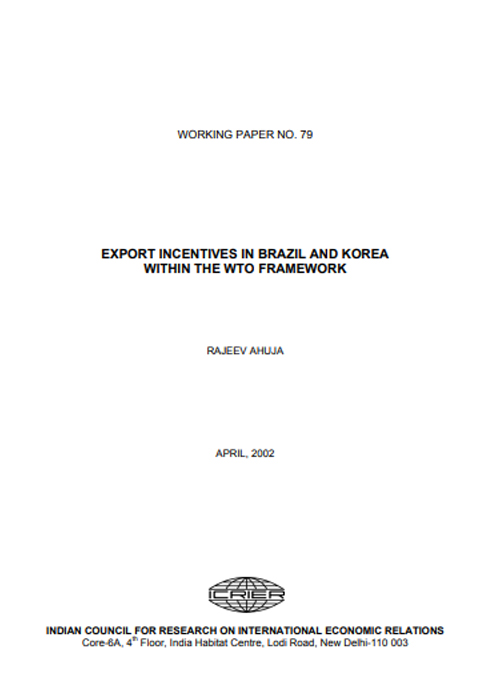 This paper is a sequel to an earlier ICRIER Working Paper titled “Export Incentives in India within WTO Framework” by Rajeev Ahuja. Like India, both Brazil and Korea have sought to promote exports through a variety of export incentives. With the lowering of tariffs and elimination of many non-tariff barriers, the rationale for giving export subsidies has weakened in recent years. Indeed, a decline in export subsidies is observed in Brazil, Korea and India. This study sheds light on the export incentives given by the governments in Brazil and Korea and examines their relevance for India. The study finds that export finance has been an important instrument of export promotion and still continues to be in vogue. The study clearly shows that India should continue to seek improvements in the WTO Agreement on Subsidies.