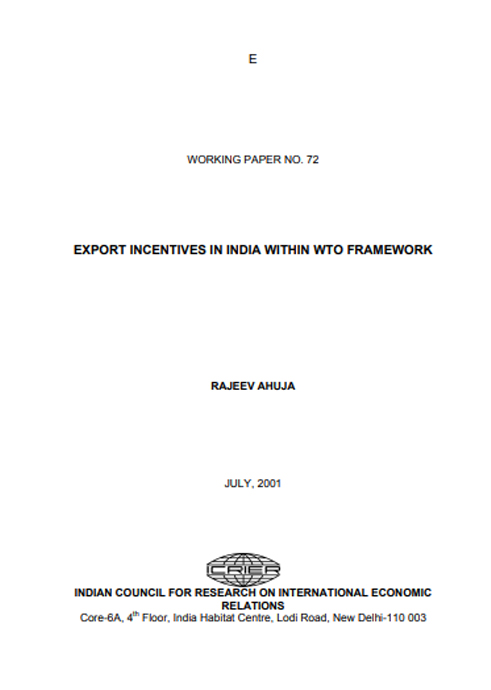 Under the WTO Agreement on Subsidies and Countervailing Measures (SCM Agreement), India like other low-income countries has been exempted from the prohibition of export subsidies. But this exemption does not prevent other Member countries from imposing countervailing duties if our subsidised exports cause injury to their domestic industry. However, not all export incentives are subsides as per the SCM Agreement. For example, refund/remission of duties/taxes is not a subsidy. Given the WTO reality and the overall resource constraint faced by the Government of India, what export incentives are affordable and WTO-consistent is a very large question indeed. This study attempts the modest task of examining the status of the existing export promotion schemes within the SCM Agreement. I believe that some of the findings of this paper namely, that the DEPB scheme has been countervailed more for procedural than for substantive reasons or that the export promotion capital goods scheme is consistent with the
basic spirit of the Agreement namely, to refund/remission of taxes/duties on export products should make our policy makers think about how best to structure these schemes and take other actions within the overall resource constraint.