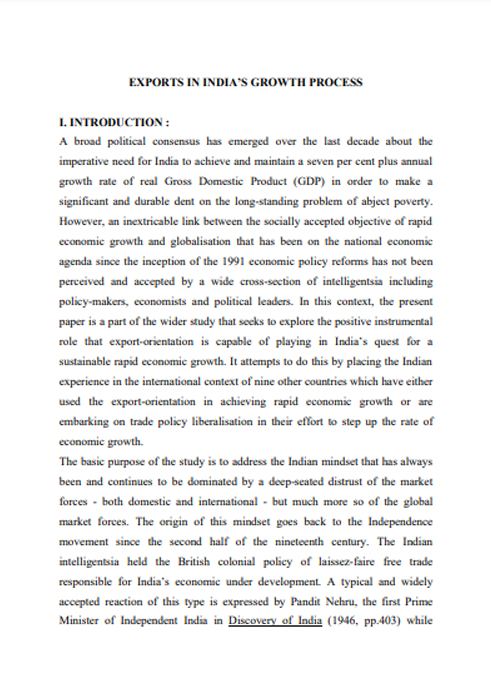 A broad political consensus has emerged over the last decade about the imperative need for India to achieve and maintain a seven per cent plus annual growth rate of real Gross Domestic Product (GDP) in order to make a significant and durable dent on the long-standing problem of abject poverty. However, an inextricable link between the socially accepted objective of rapid economic growth and globalisation that has been on the national economic
agenda since the inception of the 1991 economic policy reforms has not been perceived and accepted by a wide cross-section of intelligentsia including policy-makers, economists and political leaders. In this context, the present
paper is a part of the wider study that seeks to explore the positive instrumental role that export-orientation is capable of playing in India’s quest for a sustainable rapid economic growth. It attempts to do this by placing the Indian experience in the international context of nine other countries which have either used the export-orientation in achieving rapid economic growth or are embarking on trade policy liberalisation in their effort to step up the rate of economic growth.