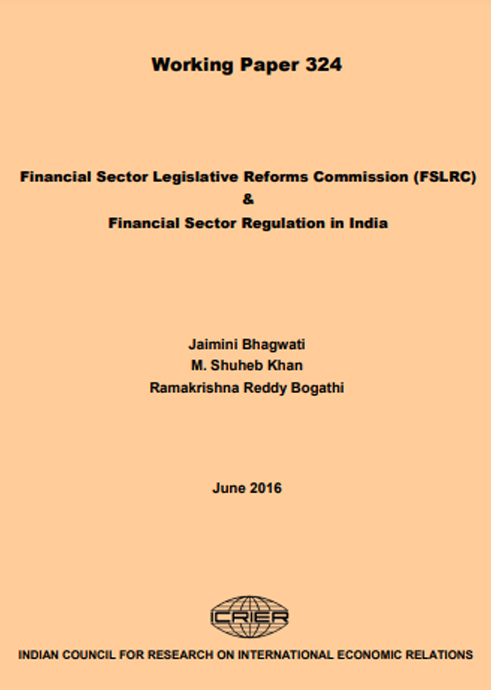 The Financial Sector Reforms Commission (FSLRC) which was set up in 2011 by the Ministry of Finance was mandated to study existing legislation and financial sector regulatory practices in India and to propose improvements. The FSLRC submitted its report in 2013 and four of its members recorded dissenting notes. This paper examines the changes in regulation in four G7 countries post the financial sector breakdown of 2008 and suggestions made by
the Financial Stability Board with respect to e.g. capital adequacy, shadow banking and accounting. The paper also reviews the current levels of development of the Indian banking, capital markets, pensions and insurance sub-sectors and past episodes of egregious wrongdoing. The last section of the paper examines and comments on the principal FSLRC proposals to further develop India’s financial sector, regulate it better and protect consumers.
The dissenting notes of four FSLRC members are also covered in this section followed by conclusions.