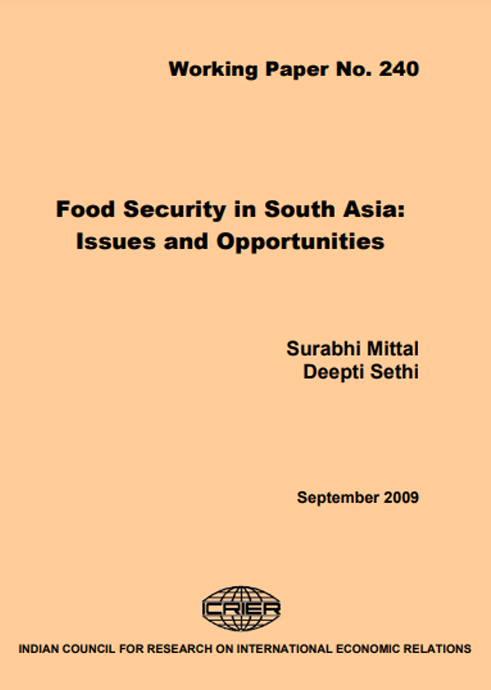 Food security is defined as economic access to food along with food production and food availability. Agriculture in the SAR (South Asian Region) is caught in a low equilibrium trap with low productivity of staples, supply shortfalls, high prices, low returns to farmers and area diversification – all these factors can be a threat to food security. South Asia still has the highest number of people (423 millions) living on less than one dollar a day. The region has the highest concentration of undernourished (299 million) and poor people with about 40 per cent of the world’s hungry. Despite an annual 1.7 per cent reduction in the prevalence of undernourishment in the region in the past decade, the failure to reduce the absolute number of the undernourished remains a major cause for concern. Estimates by the Food and Agricultural Organisation (FAO) indicate that by 2010, Asia will still account for about one-half of the world’s undernourished population, of which two-thirds will be from South Asia