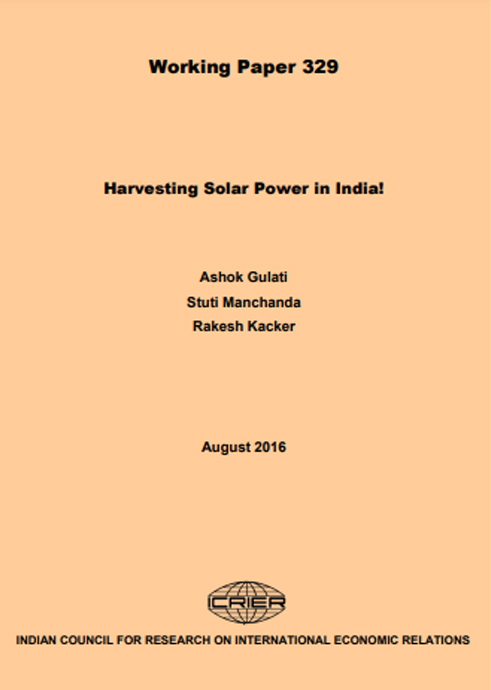 Prime Minister Narendra Modi has set an ambitious target of 100,000 MW of solar power capacity to be achieved by 2022, when India celebrates 75 years of her independence. This is a grand vision for ushering in a sort of revolution in clean energy in India in the next six years. In a country that generates more than 60 percent of its power by burning coal, and where air quality is fast worsening in several Indian cities, the need for clean energy cannot be overstated. Interestingly, Prime Minister Modi has also set another ambitious target of doubling farmers’
incomes by 2022! The uppermost question in everyone’s mind is: can these targets be achieved by 2022? This is particularly so when the current solar power capacity in the country has just touched 8000 MW by July end, 2016, and no country in the world has such an ambitious target as India has set out for 2022. On farmers’ real incomes, the compound annual growth rate (CAGR) in the recent past (FY2003 to FY 2013) has been mere 3.5 percent; and doubling these incomes by 2022 would mean increasing this CAGR from 3.5 percent to more than 12 percent.