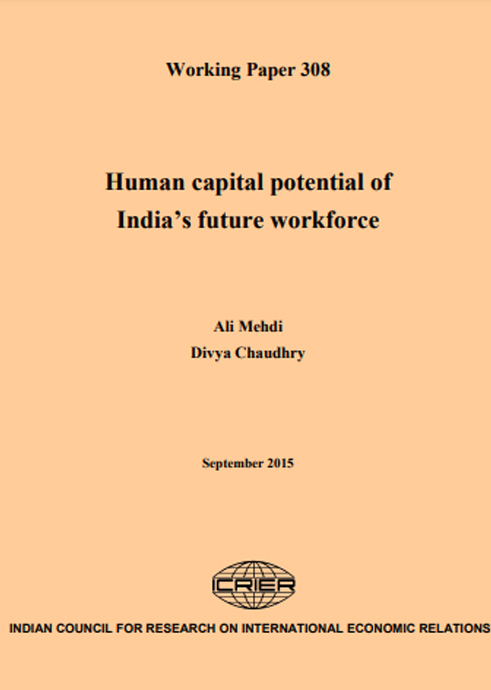 Indian policymakers – like most of their counterparts across the developing and developed world – have been concerned with the employability of their working-age populations in particular, for obvious economic and sociopolitical reasons. However, such concern has been largely missing as far as the future workforce is concerned. This paper discusses India’s demographic dynamics and argues that policymakers have the widest window of opportunity with that segment of population which is poised to enter the workforce between 2030 and 2050 – those in their infancy today and the following decades. They should realize that our employability crisis (as well as to some degree, inequality in the economic and human development sphere) has its roots, inter alia, in the country’s grossly inadequate, inefficient and inequitable early health and education systems. Early childhood interventions hold immense importance in fostering the employability potential of the future workforce, especially in developing countries that are still a few decades away from their peak demographic opportunity. Since early health has not received the attention it deserves within the human capital framework, we highlight pathways through which it potentially impacts not just health and productivity, but learning outcomes as well as cognitive and non-cognitive
skill development during formative years. Another neglected area that we have discussed is soft skill development and the role of preprimary education. In conclusion, India will have to focus, inter alia, on early health and preschooling (soft skill development) to reap its demographic dividend in a manner that is commensurate with the demands of a knowledge economy.
*