Impact of Liberalisation on Wages and Employment in India Manufacturing Industries

Impact of Liberalisation on Wages and Employment in India Manufacturing Industries 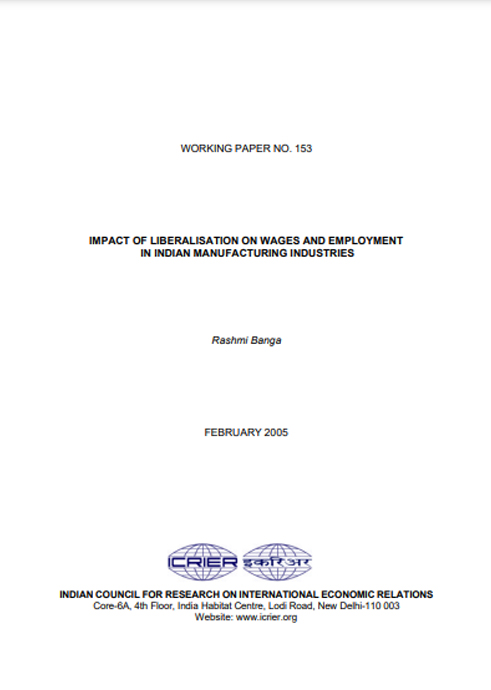 Since 1991 the Indian government is undertaking major economic reforms in order to facilitate higher inflow of foreign direct investment (FDI) and boost trade. It is also trying to facilitate higher inflows of technology. Earlier studies done at ICRIER on the impact of reforms on the economy show that higher FDI has led to export diversification and improved productivity growth in the Indian manufacturing sector. The studies also show that FDI has led to substantial export and productivity spillovers.