India and ASEAN: The emerging economic relationship towards a bay of Bengal community

India and ASEAN: The emerging economic relationship towards a bay of Bengal community 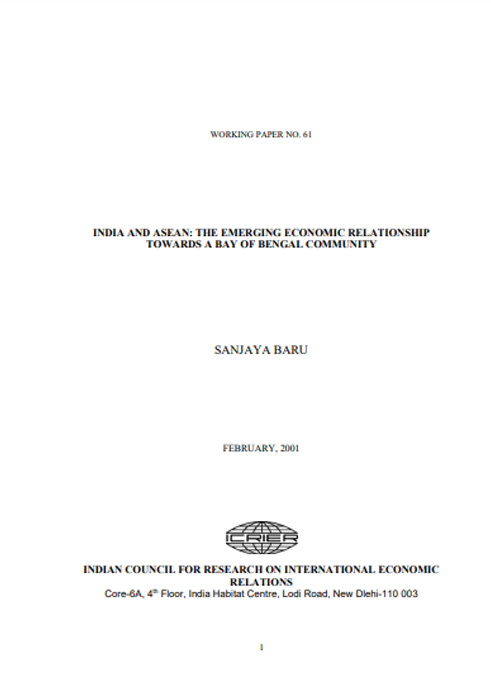 In recent years, in the context of the changing economic scenario prompted by the resolution of the Cold War, the liberalisation of the Indian economy, and the “Look East” policy pursued by India, there has been a significant enhancement in economic ties between India and the ASEAN countries. There was a doubling of trade between India
and the ASEAN countries in the 1990s. ASEAN emerged as the third largest foreign investor in India after the US and EU. This paper by Dr. Sanjaya Baru seeks to explore the rationale for the creation of an alternative regional economic forum comprising of some member countries of ASEAN and SAARC.