India-Pakistan Trade: An Analysis of the Pharmaceutical Sector

India-Pakistan Trade: An Analysis of the Pharmaceutical Sector 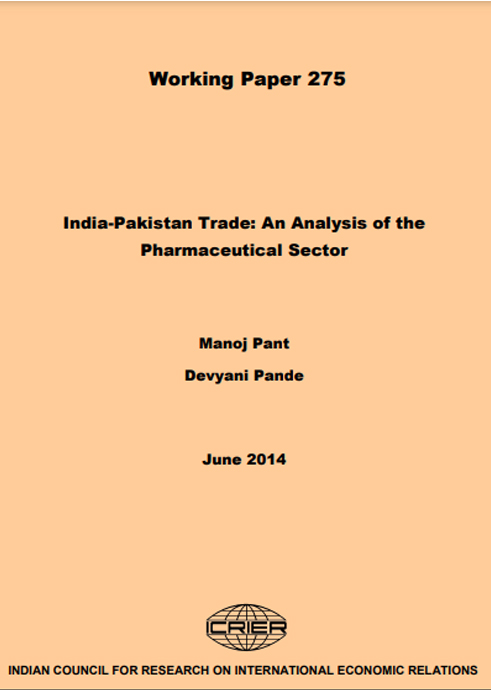 With the ongoing trade normalisation process between India and Pakistan, opportunities to integrate have opened up between both countries. The pharmaceutical sector is crucial to health issues in developing economies and would be an ideal segment to focus on in improving trade relations between the two countries. Here, an empirical and theoretical analysis of India-Pakistan trade using some statistical indicators reveals low levels of current trade but huge trade potential. Since China has virtually dominated the trade scene in nearly all manufacturing sectors, this
study also looks at the tripartite dynamics of trade in pharmaceutical items among India, Pakistan and China. An analysis of the China-Pakistan and the South Asia Free Trade Area Agreements reveals that while Pakistan does not give any favourable treatment to China in items on Pakistan’s negative/sensitive list for India, there is some indication that the favourable tariff treatment to China in general may have affected India’s low trade in pharmaceutical products with Pakistan. The study further argues that the opening up of the Pakistan pharmaceutical
market to India would lead to an increase in consumer surplus, given the advantages of competition. Since many items are already imported from China, the argument that India’s imports would stifle domestic producers seems misplaced. Hence, non-discriminatory access to Indian products seems reasonable. A positive start could be the phasing out of Pakistan’s negative list. The incorporation of trigger mechanisms would help appease the apprehensions of the pharmaceutical industry in Pakistan about an influx of pharmaceutical items from India.