India-Pakistan Trade: Perspectives from the Automobile Sector in Pakistan

India-Pakistan Trade: Perspectives from the Automobile Sector in Pakistan 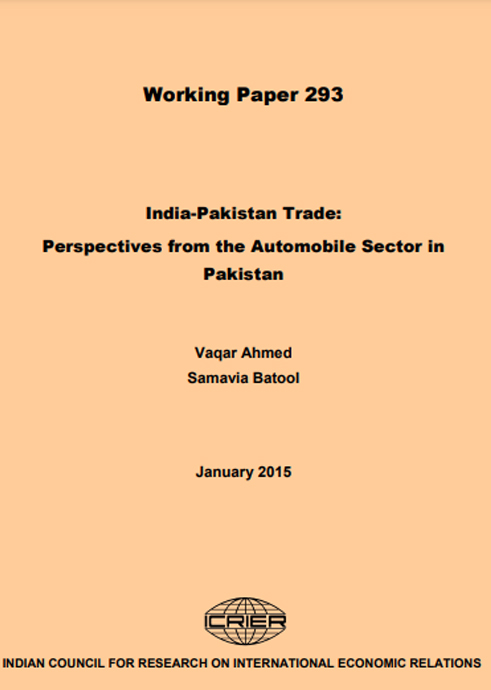 The auto sector in Pakistan has been a persistent opponent of trade liberalisation in the country. This has entailed losses to consumers in terms of higher prices, low safety and quality standards, and lack of innovation in this sector. The deletion programme, which was to result in indigenization of final output, has also failed to deliver expected results. The market structure of this sector, particularly in the case of cars, is narrow with only three Japanese companies monopolising the market. Even when import of older vehicles was allowed in Pakistan, it was used Japanese vehicles that were imported the most. This has prevented competition in this sector, and many respondents in our market survey have revealed that if cheaper auto sector inputs and raw material are allowed and imports are facilitated from China and India, new entrants (both domestic and foreign) may enter production.
Pakistan also has a comparative advantage in several auto sector components/classifications. However, these do not find their way, for example, to India due to what the industry describes as non-tariff barriers, state-specific levies and unconventional environmental standards required by Indian authorities. This paper proposes a way forward whereby the commerce ministries of India and Pakistan can address the concerns of Pakistan’s auto sector and create a win-win milieu. However, this alone will not be enough. We explain in this paper that several institutions in
Pakistan such as the National Tariff Commission, Ministry of Industries, Engineering Development Board, Federal Board of Revenue, and PSQCA will also have to play their role in challenging domestic manufacturers and opening up the auto sector for competition, which will help consumers in Pakistan and lead to job creation.