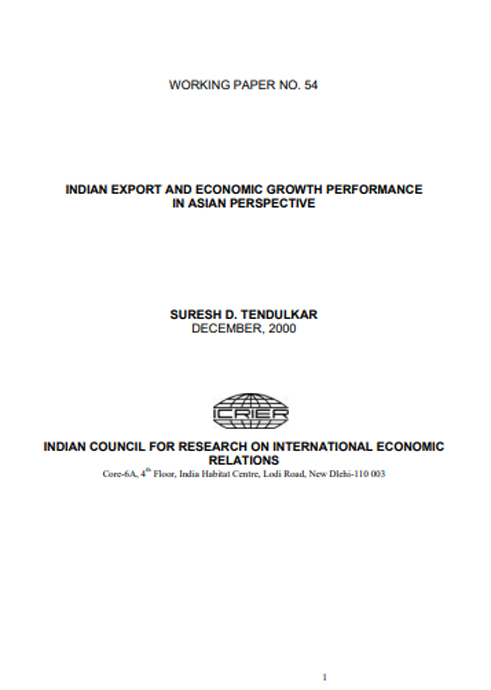 This paper by Suresh Tendulkar is the second and final paper for the project “Indian Export and Economic Growth Performance in Asian Perspective” which was funded by the Export-Import Bank of India. It analyses India’s export and economic growth performance in a comparative perspective of 5 South East Asian economies, China, and two of India’s South Asian neighbours, i.e. Pakistan and Bangladesh. Tendulkar finds that the crucial difference between India and the rapidly growing economies lay in the persistently restricted industrial and trade policies that motivated Indian industrialization in contrast with the shift to unilateral trade liberalization that the other economies undertook during the fairly early stages of their development. The latter successfully exploited the powerful instrumental role of international trade in stepping up their rate of economic growth and thereby improving living standards.