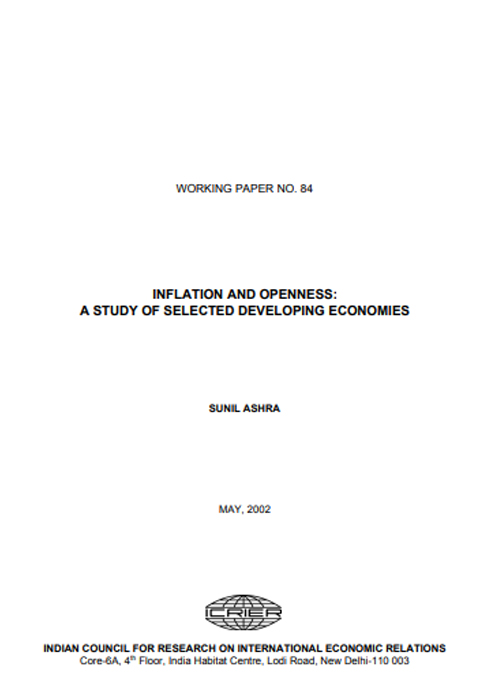 The relationship between openness and inflation has been a subject of many studies, theoretical as well as empirical. Dr. Sunil Ashra began his research work on this project when he was at ICRIER from December 1999 to May 2001. In an empirical analysis of 15 developing economies using panel data for the 1980s and the 1990s, he finds that besides the usual variables like the rate of growth of money and agricultural output, the openness variables such as export-to-GDP and import-to-GDP ratio also have significant influence on the domestic rate of inflation. He also finds that the impact of openness on inflation is affected by whether an economy is experiencing hyperinflation and/or whether it is a large economy.