Innovation (and upgrading) in the automobile industry: the case of India

Innovation (and upgrading) in the automobile industry: the case of India 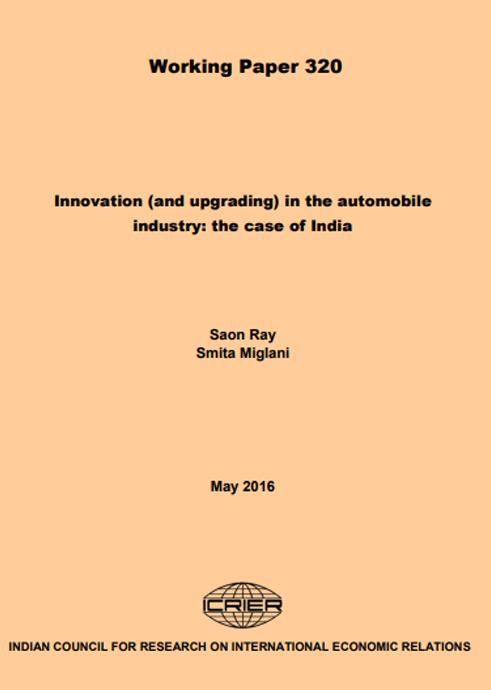 This paper focuses on the automobile industry and examines the nature of global value chains in it with reference to the case of India. The aim is to explore the relation between lead firms, particularly MNCs, and the extent to they have contributed to the development of the Indian automobile industry through transfer of technology and imports. The paper is based on secondary sources and a primary survey. A survey of the passenger car segment was
conducted in Delhi NCR, Pune and Chennai between January 2014 and February 2015. The Indian automobile sector has grown differently from that of other developing countries, especially China. In contrast to China, India has relied more on home-grown lead firms to propel its industry. A disadvantage of this approach is that the absorption of global best practices has been slower than in China. Though capable of end-to-end production, India has become an assembly hub for large cars and manufacturing hub for small cars. This is due to the fact that India has become one of the largest markets for small cars worldwide and has also started exporting small cars.