Land use and Land Acquisition laws in India

Land use and Land Acquisition laws in India 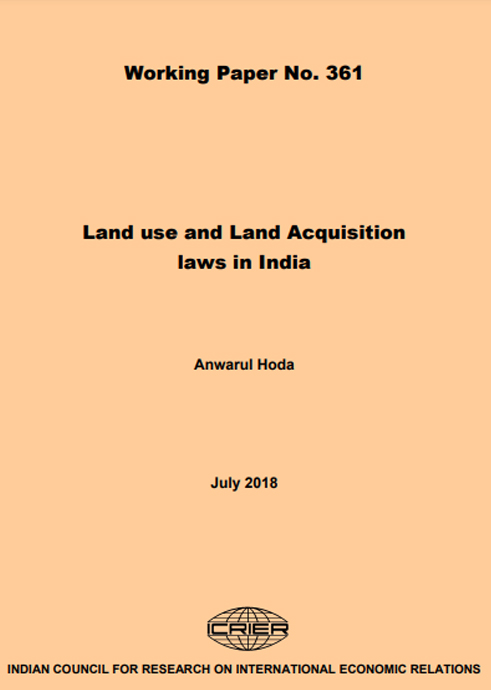 The enactment of the Right to Fair Compensation and Transparency in Land Acquisition, Rehabilitation and Rehabilitation Act, 2013, has made sweeping changes in the land acquisition laws of India (LARR Act, 2013). By increasing the compensation for acquired land, mandating a social impact assessment to be undertaken and requiring the prior consent of land holders in particular cases, the Act has no doubt corrected the imbalance that existed
between the interests of land-owners and of the government as the custodian of public interest in the earlier land acquisition procedures. It has significantly increased transparency in the land acquisition process and given a voice to land owners in decisions on land acquisition. But the implementation of the Act, as originally enacted, could also retard the development process by slowing down the building of public infrastructure, and the processes of industrialisation and urbanisation. It could impede the provision of affordable housing for the
vast majority of the population moving from rural to urban areas, which is crucial for controlling the spontaneous development of sprawls taking place across the country. The central government has tried to alleviate some of the adverse effects by introducing an amendment bill but its passage in Parliament has been stalled. Six states, however, have obtained presidential assent for carrying out amendments on the lines of the bill introduced in
Parliament.