Mainstreaming environment through jurisprudence. Implications of the Shrimp-Turtle Decision in the WTO for India and other Developing Countries

Mainstreaming environment through jurisprudence. Implications of the Shrimp-Turtle Decision in the WTO for India and other Developing Countries 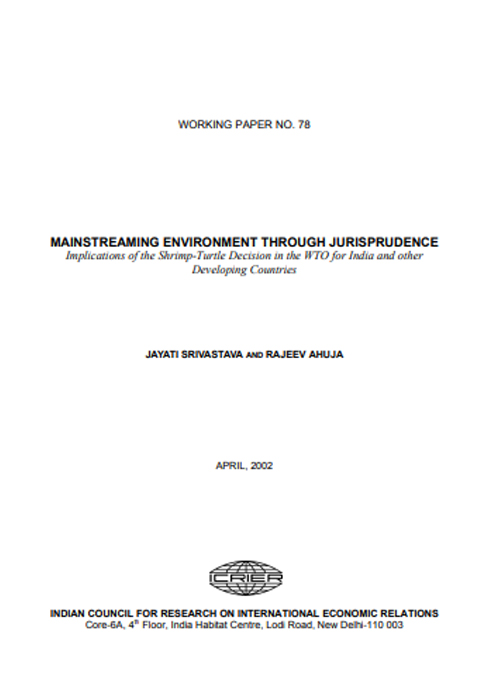 The issue of linkage between trade and environment has assumed great significance in recent years. In the WTO context, the use of trade instruments for environmental purposes has resulted in a number of disputes amongst the Membercountries. This study by Jayati Srivastava and Rajeev Ahuja has analysed the economic and systemic implications of the shrimp-turtle dispute in the WTO for India and other developing countries. The study analyses the economic impact of the US embargo on shrimp exports from India and finds this to be negligible. It argues that since the cost of using the turtle excluder devices (TED) is not significant, it will not have any direct impact on the prospects of developing countries for expanding their exports of shrimps. However, the study has found that the final ruling in the shrimp-turtle dispute case has significant systemic implications for the WTO. It has ratified the rights of Member-countries to take unilateral measures for the protection of environment in respect of global commons and transboundary concerns. The ruling has also legitimised process related environmental requirements in the exporting countries.