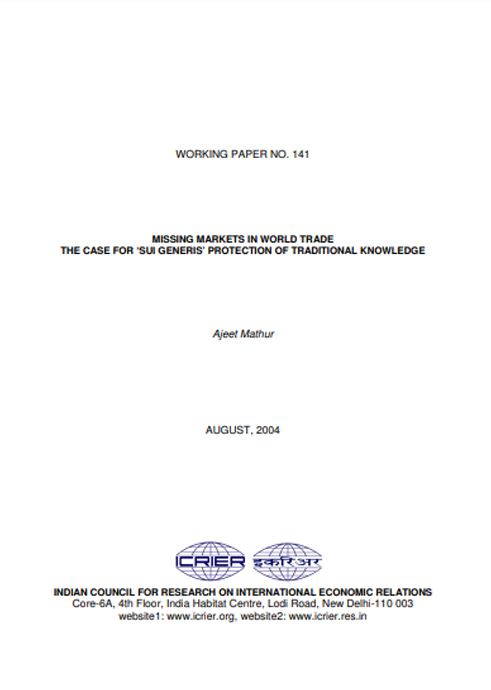 The feasibility of ‘sui generis’ protection of traditional knowledge is a matter of considerable interest to developing countries because of its trade potential. It concerns all countries regarding costs and benefits of appropriation of traditional knowledge in the absence of access and benefit-sharing regimes. WTO’s Doha Ministerial Declaration
referred the matter to the TRIPS Council where discussions have begun but not yet concluded. In 2001, WIPO instituted an Inter-Governmental Committee on Traditional Knowledge, Genetic Resources and Folklore which whose mandate has recently been extended