Monsoon 2013: Estimating the Impact on Agriculture

Monsoon 2013: Estimating the Impact on Agriculture 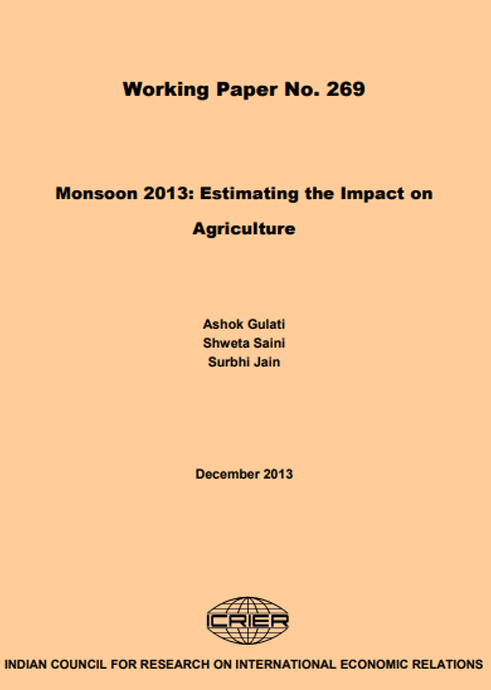 This paper attempts to project the likely impact of robust monsoon rains of 2013 on the Agricultural Gross Domestic Product (GDP) growth in India. The model hypothesizes that the performance of agriculture in India depends upon (1) investments in agriculture (private and public); (2) agricultural price incentives; and (3) rainfall. A log-linear model fitted over 1996-97 to 2012-13 period can explain 95 percent of the variations in agri-GDP with all variables being statistically significant. The model also forecasts that the agri-GDP growth rate for the agricultural year (July-June) 2013-14 is likely to be between 5.2% and 5.7%. An alternative model to double check the results is also used. In this model, the AGCF is replaced by a simple trend variable; the idea being that the trend captures development of
various investments and technologies that take place in agriculture over this period. Other variables remain the same. This model also suggests that the agri-GDP growth will be between 5.1% and 5.6%.