Multinational versus Expatriate FDI: A Comparative Analysis of Chinese and Indian Experiences

Multinational versus Expatriate FDI: A Comparative Analysis of Chinese and Indian Experiences 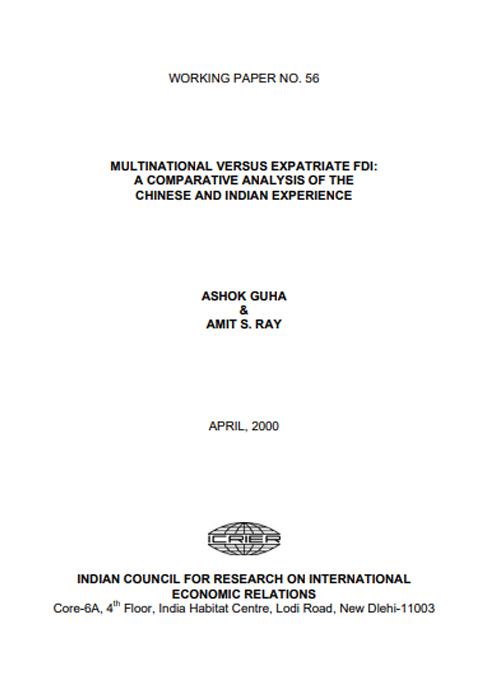 This study attempts a comparative analysis of Foreign Direct Investment in Chinese and Indian economic development. The stylized facts of such a comparison are well-known. In volume, FDI in China exceeds that in India many-fold, not with standing strong doubts about the reliability of Chinese official statistics in this area. In China significant inflow of FDI began at least a decade or so earlier than in India, due to the early origins of reforms dating back to 1979 in China as against 1992 in India.