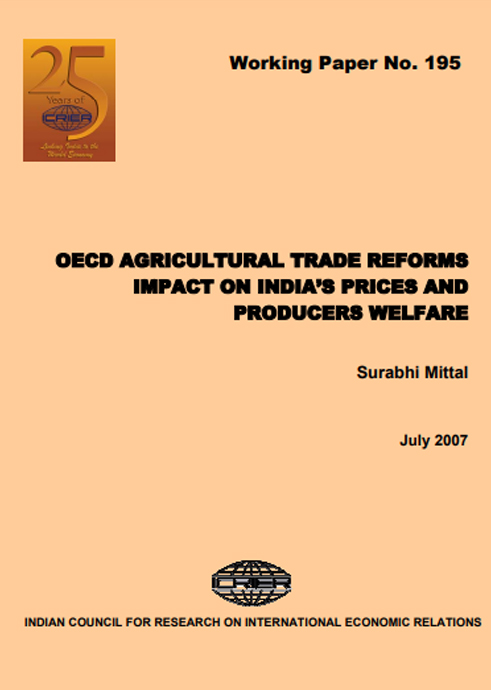 Rich countries use a combination of domestic market interventions and border protection or export subsidies as a part of their domestic policies. Developed countries such as the United States and the European Union (EU) resort to trade distorting policies to make their crop more competitive – both groups maintain high domestic prices for producers, stimulate production, and thus distort prices in the world market. The distorting effects of international trade can be distinguished between consumer surplus, producer surplus and tariff revenue approaches. The present paper emphasizes on the welfare of the producers with the main focus on small farmers. The analysis presented in the paper is an approximation of the general equilibrium analysis. The four parts of this approximation are: first, the estimation of the world price effect of removal of OECD (Organisation for Economic Co-operation and Development) distortions; second, estimation of the effects of changes in world prices on domestic prices through a price transmission model; third, estimation of the impact on domestic production through a supply response model; and, four, the estimation of changes in supply and welfare on the poor small farmers.