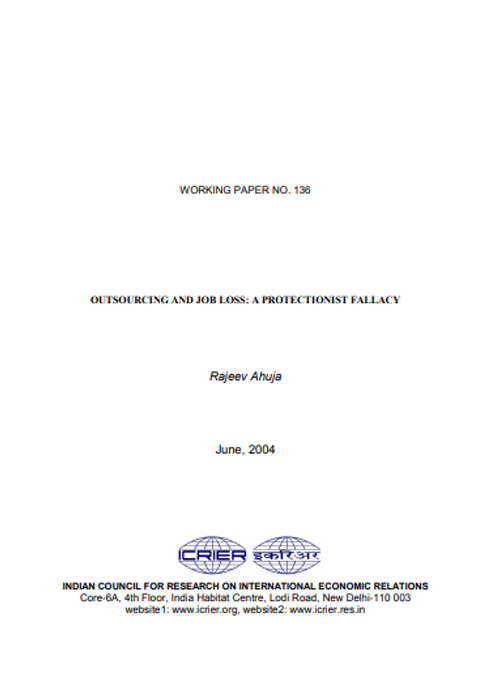 Outsourcing of manufacturing activity has been going on for half a century while offshoring of manufacturing has occurred over the past quarter of a century. Outsourcing of services is a relatively recent phenomenon, picking up steam over the last few decades. Offshoring of non-traditional services is even more recent starting with IT outsourcing to Ireland and Israel and spreading to India. Given its short history the record available on this issue is also quite limited.