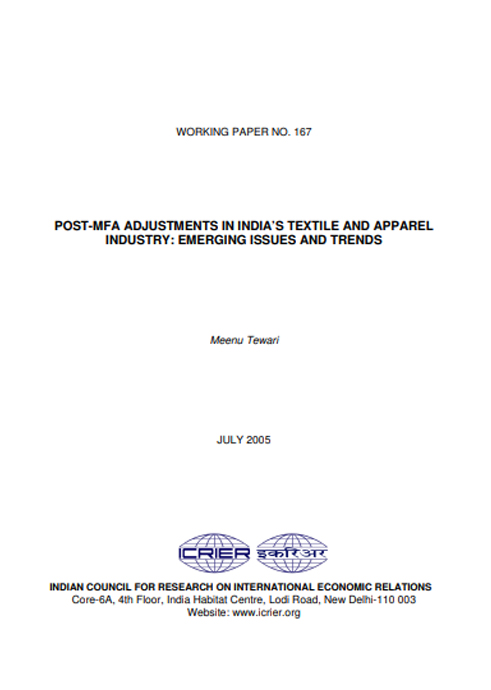 India, a late integrator in the global market for clothing, has followed a path to integration that is quite different from the experience of some of its major competitors. Unlike China, Mexico, Eastern Europe and other South Asian countries, India’s recent surge in clothing exports has occurred despite the lack of major FDI in textile and apparel, or entry into preferential regional trade agreements with buyer countries, or any significant direct role of global buyers. Arguing that changes in domestic policy and in the structure of domestic demand throughout the 1980s and 1990s played an important role in triggering new growth in India’s textiles and apparel exports, and reshaping the
capabilities of local firms, this paper examines three features of India’s recent integration into global clothing markets: the striking emergence of design as a source of comparative advantage in Indian apparel, the growing importance of outward-bound investment by Indian clothing firms in recent years, and the powerful new role that retail is playing in organizing the Indian domestic market, driven in part by surging consumer demand from entirely new mid-market youth segments associated with the country’s IT-BPO boom.