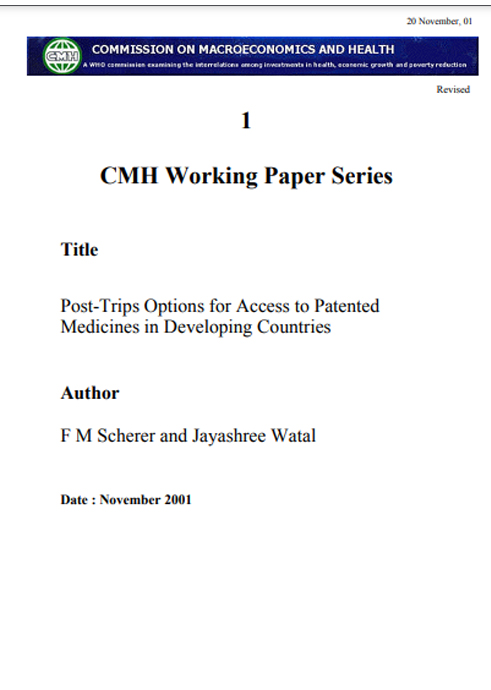 In April 1994, with the conclusion of the seven-year long Uruguay Round of multilateral trade negotiations, a wide-ranging international agreement on Trade-Related Aspects of Intellectual Property Rights (TRIPS) was finalized. The agreement entered into force with the formation of the World Trade Organization (WTO) in January 1995.1 The minimum obligatory standards for the protection of intellectual property rights (IPRs) under TRIPS with respect to the patenting of medicines are generally closer to the pre-Uruguay Round norms that existed in the United States and the European Union than those that existed in some major developing countries. This has given rise to controversy on the possible impediments to patented medicine access by the poor in some developing countries. TRIPS, it is feared, could lead to higher prices for patented medicines. Since developing countries spend a much larger percentage of their private household health expenditures on drugs, 2 the affordability of patented medicines is particularly important.