Production Efficiency of Firms with Mergers and Acquisitions in India

Production Efficiency of Firms with Mergers and Acquisitions in India 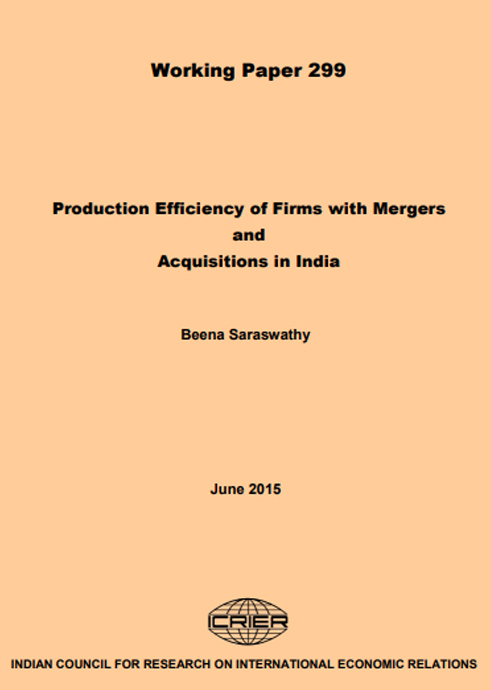 Most often, the competition authorities approve combinations based on the tradeoff between the expected efficiency gains and the likely effect on market power creation. However, the realities may be different from the expected synergy creation since merger regulations are ex ante in nature. The present study is an attempt to understand how far the expected efficiency gains are actually achieved by the firms entering into consolidation in India, which
experienced large number of mergers and acquisitions especially after the economic reforms of 1990s. Specifically, we have examined the technical efficiency of the firms involved in mergers and acquisitions, separately for cross-border and domestic deals.