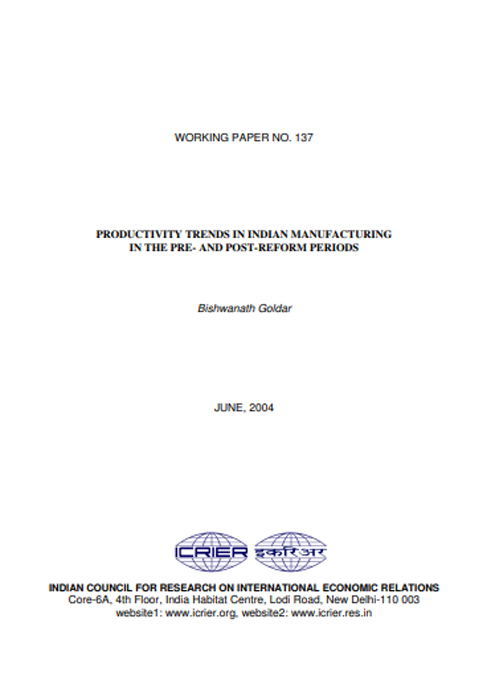 The growth of GDP during the nineties from manufacturing and from industry has not been accompanied by commensurate growth in manufacturing / industrial employment. The conventional wisdom is that the nineties are characterized by “jobless growth”. Research done by the IDBI / IFCI Professor at ICRIER has shown that much of
this perception is due to a generally unnoticed change in ASI data at the end of the nineties. Up to 1997-98 ASI industry data contained both manufacturing and other sectors like electricity, gas and water, non-conventional energy, cold storages and repair services. From 1998-1999 the ASI industry data did not contain the Electricity, gas and water sector. Anybody using the industry series till date will, discover that employment growth (the spurious fact) has collapsed during 1998-99 to 2002-03. This paper (appendix) shows that the correct picture is that registered manufacturing employment grew between 1989-90 and 2002-03, but the pattern has an inverted U shape