Sectoral Infrastructure Investment in an Unbalanced Growing Economy: The Case of India

Sectoral Infrastructure Investment in an Unbalanced Growing Economy: The Case of India 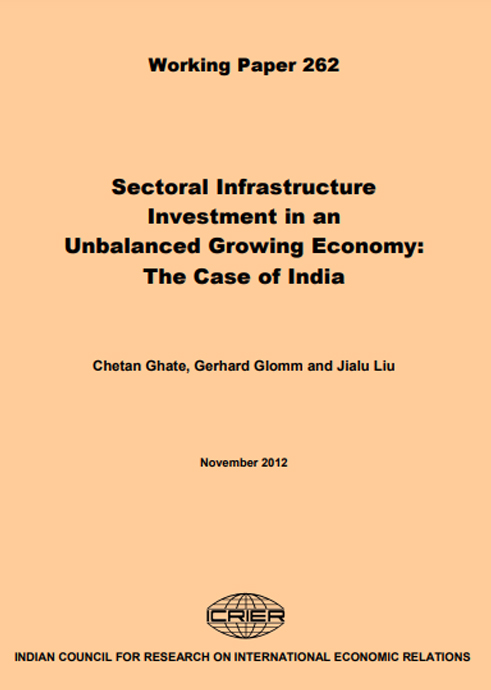 We study the sectoral allocation of public infrastructure investments in the agriculture and manufacturing sectors in India. In addition to the changing employment and output shares of these two sectors, the capital output ratio in agriculture in India has fallen, while it has risen in manufacturing. To match these observations we construct
a two sector OLG model with Cobb-Douglas technologies in both sectors. The preferences are semi-linear. We later extend the analysis to allow for a CES production function in the manufacturing sector. We conduct several policy
experiments on the sectoral allocation of infrastructure across agriculture and manufacturing. We find: 1. The growth maximizing share of public capital going to agricultural is small with about 10%. This fraction stays constant even in the face of the relative decline of the agricultural sector. 2. The optimal funding level for public
infrastructure is far bigger than the one suggested by one sector growth models. 3. Growth rates are decreasing in manufacturing tax rates and increasing in agricultural tax rates.