South-South FDI vs North-South FDI:A Comparative Analysis in the Context of India

South-South FDI vs North-South FDI:A Comparative Analysis in the Context of India 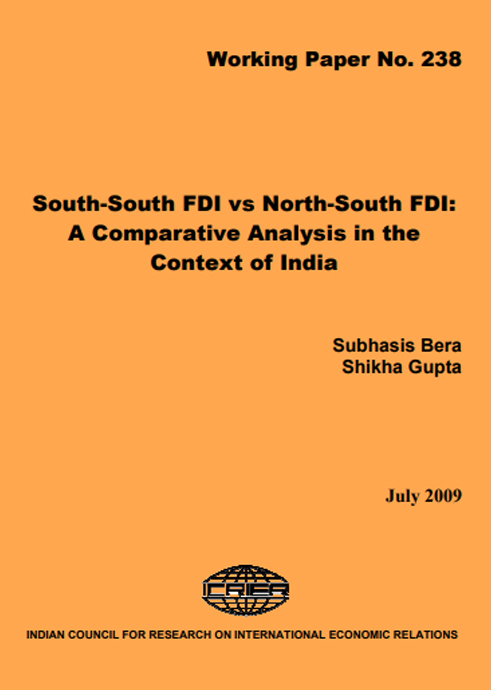 Over the years FDI activities from developing countries have grown very rapidly and most of these investments end up in other developing countries. Such FDI flows are formally known as South-South FDI. This paper attempts to compare the characteristics of South-South FDI versus North-South FDI in the context of India. The analysis is carried at two levels. First we look at the overall trends of FDI flows (both inward & outward) region wise (North versus South), country wise and sector wise. Our results confirm that India’s FDI activities have broadly been consistent with the well known concept of Investment Development Path (Dunning, 1981). We also find that while country profiles have undergone changes, there has been no significant shift in the sectoral profile. Next we carry out econometric analysis at the sectoral /industry level for inward FDI from the North and from the South to examine the difference in the characters (if any) of FDI from the two sources. Our broad conclusion is that although there is not much difference between FDI from the north and from the south (both being concentrated in sectors with larger markets, higher export orientation & lower import intensity) southern FDIs appear to flow more into growing
sectors while FDI from north do not have such indication.