The Anomaly of Women’s Work and Education in India

The Anomaly of Women’s Work and Education in India 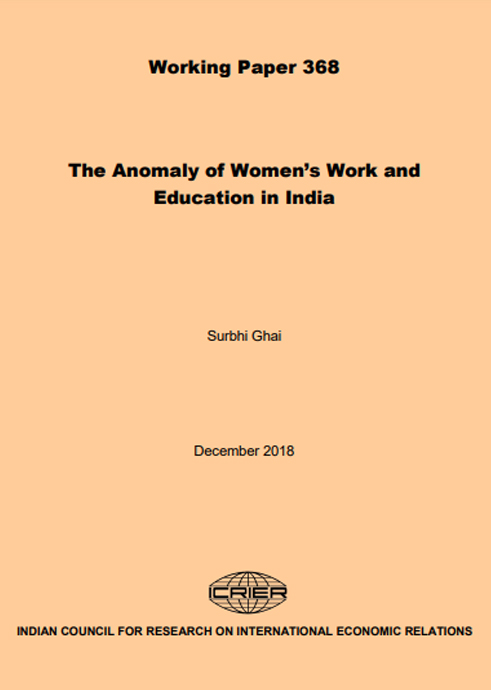 This paper utilizes a large cross-section of data sets such as the ILOSTAT, NSSO Quinquennial Employment and Unemployment Survey, Labour Bureau Annual Employment and Unemployment Survey, National Family Health Survey and CMIE Consumer Pyramid Household Survey to comment on the falling female labour force participation rates in India.
It is found that not only has there been a fall in the female labour force participation rates, but the size of the total female labour force has also shrunk in recent years. Besides presenting a series of demand and supply side factors that might possibly explain this trend, it aims to look at it particularly in conjunction with education and provide a commentary on the same. It is proposed that prevailing social norms and patriarchy hinders the participation of women in the economy despite high levels of education. Bivariate and multivariate analyses is
conducted on state level cross-sectional data and it is found that patriarchy is indicative of the large proportion of women out of the labour force at high levels of education. It is concluded that education in the current form alone might not be sufficient to spur growth in female labour force participation rates in India. Government schemes must target the fundamental cultural and social forces that shape patriarchy.These coupled with policies that simultaneously address some of the other demand and supply side constraints will go a long way in bolstering the participation of women in the economy