The Consequences of Currency Intervention in India

The Consequences of Currency Intervention in India 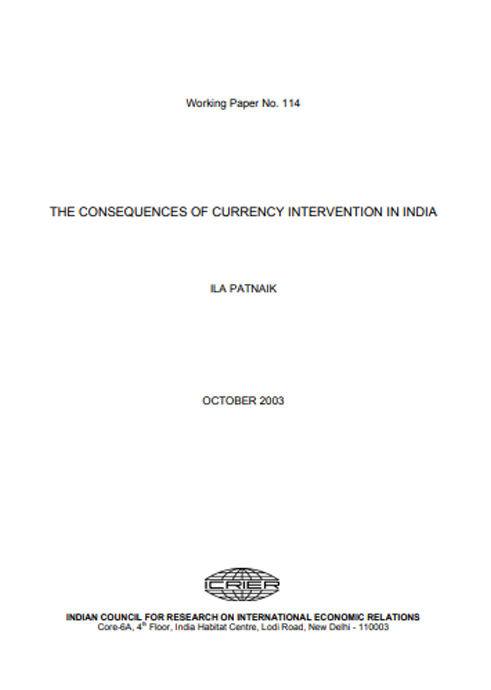 Since the BOP crisis of 1991 there have been two views of the macro-economics of the Indian economy. One is the standard model of the open economy (widely applied and accepted in the advanced economies) that shows strong trade-offs between a stable exchange rate and monetary independence in the presence of global capital mobility. This is summarised in the “impossible trinity” namely that a country cannot simultaneously have an open capital account, a fixed exchange rate and monetary policy independence. This paper shows that net capital inflows during 1993-4 and 1994-5 were met by un-sterilised intervention: RBI purchased foreign exchange to keep the nominal exchange rate constant and thus to keep the real rate from appreciating. It concludes that as a consequence reserve money and M3 expanded leading to higher inflation and consequent real exchange rate appreciation.